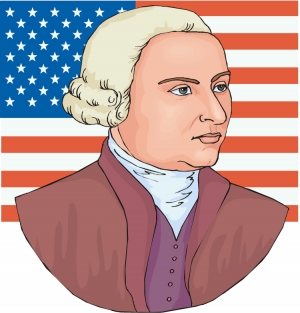 While the Treaty of Paris ended the War of Independence in 1787, it was not until May of 1788 that the ninth state approved and the Constitution was officially adopted. The new Constitution was a living document, designed to grow and change with the new country.