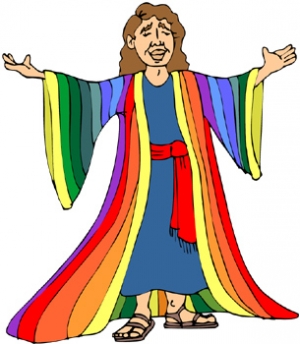 Joseph not only receives the gift of a spectacular colored robe from is doting father, he also annoys his brothers by interpreting his own dreams to suggest that someday his brothers will bow down before him. The brothers rebel by stealing the robe and throwing Joseph into a dry well, then selling him to a group of traders heading for Egypt. Years later, of course, Joseph becomes the means of rescue for his brothers and they do bow before him, just as he had dreamed.